Why owning a house and renting will cost the same in Nairobi.

An article by DOMINIC OMONDI | January 7th 2021 on Standard Media

After weeks of house-hunting in Nairobi you land a hot deal- a three-bedroom house with a monthly rent of Sh27,000.

The house is really nice, the kind that you would love to live in happily after retirement.

It has clean running water, a secured compound and has a playing ground in the vicinity. To top it all, it is close to the central business district (CBD). It looks like a perfect home, so you decide to live there for 15 years.

Then one day the landlord decides to hand you all the relevant ownership documents of the house. The house is all yours. No more paying rent.

That sounds like a fairytale. But very soon this will be a reality as Kenyans begin to own affordable houses, according to Johnstone Olteita, the CEO of Kenya Mortgage Refinance Company (KMRC).

In an interview with Home and Away, Olteita said that the financing of the affordable houses has been structured in a manner that will ensure there is alignment between the amount of money you are currently paying for rent and the mortgage you will take up for the houses.

“The rent you are paying now can actually be your repayment for the house,” said the new CEO of KMRC in an interview.

KMRC will release large-scale, cheap financing to primary mortgage lenders including commercial banks, microfinance banks and saccos, who will then on-lend to homeowners at long tenures and low interest rates.

Under the current environment, mortgage repayment is far more than rent payment, a situation that has made mortgage unaffordable.

The reason this alignment is going to hold, said Olteita, is because the pricing of the houses will come down.

For example, for the recently unveiled houses at Park Roads, Olteita says that a three-bedroomed house is currently going for a maximum of Sh3 million.

Assuming that, you pay a deposit first, so that the LTB is about 80 or 90 per cent, which means you are repaying Sh2.5 or 2.6 million.

This, said Olteita, is less than the prevailing rent for most three-bedroomed houses in Nairobi.

During the launch of the Park Road houses, two banks which are also the main mortgage lenders in the country- KCB and Housing Finance- promised to lend the houses at below 10 per cent, a boost for KMRC’s goal of building a pipeline of 60,000 houses.

Besides eight banks, other primary mortgage lenders are SACCOS and a microfinance bank.

KMRC will give loans to these lenders at a rate of five per cent, and they will be expected to lend at single digits of less than 10 per cent.

Olteita also wants to encourage Kenyans to buy homes using credit. “The more you wait to buy a house, the more values go up and the more unaffordable it becomes. But if you take credit to buy a home now, the value will increase.”

Bad name about mortgages is a legacy issue. Situation when people I have done a lot of foreclosures. That information has been widespread, ruining the name of mortgage lending.

“So, we want to sanitise that name and make it better. That home loans are actually very important. If you can manage your finances well, you can always get a home and you will be able to be happy.”

According to the new CEO, they will focus more on owner-occupier, which makes it difficult for default.

“You do not default on a house you live in,” he said most of the defaults happen in home ownership is in investment for rental.

“Should there be an issue for financing, you are more than willing to let the house go. But if you are living in that home, you will be working very hard to make sure that you retain that home.”

With owner-occupier, Olteita projects a dramatic shift downwards in non-performing loans from the current 13.1 per cent.

They have also been talking to several property developers in a bid to align their development with KMRC.

“We advised them this is the eligibility. So, you need to build homes of this value for you to be able to get finance. Most of them are saying this is do-able.”

In the next four to five years, KMRC intends to finance about 60,000 mortgages, shifting the number the current number of around 26,000.

They also want to push up housing finance contribution to gross domestic product (GDP) is also expected to shift from a meagre 2.7 per cent.

KMRC was registered in April, 2018 and launched a year later in May.

Director of KMRC, which is aligned to its shareholding, is made of representatives of government, banks, saccos, and development finance institutions (DFIs) who are yet to be appointed.

After they on-boarded the staff last year, the company went into core business, and started by looking at compliance with regulatory requirement as KMRC is regulated by CBK. The non-depositing taking financial institution got its license from the Central Bank of Kenya (CBK) in September last year.

The primary funds for KMRC is the equity which is the shareholders’ funds,

In May 2019 they also did a capital-raising process by on-boarding the largest banks in the country that offer mortgages.

Equity and Standard chartered did not on-board noting that their strategy at the time was not aligned, but they have since expressed interest.

Apart from banks, Olteita said there was also a need to focus on saccos.

“There was greater understanding that saccos don’t do mortgages in the country, but they nonetheless lend to individuals and majority of funding they provide actually go into housing.”

KMRC is a Public Private Partnership (PPP). The Government decided to make it as such to crowd-in private sector funding for housing.

Banks, unfortunately, have also not been offering affordable housing.

Saccos, while they have not capacity, it is not too difficult to build capacity if they can be offered liquidity, said Olteita.

The gaps that KMRC came to fill was occasioned by the short-term liquidity that banks have.

“Banks mainly rely on short-term lending, which is deposits. When you rely on deposits, you have a challenge of extending long-term lending because of the mismatch,” said Olteita.

Normally, regulator has a limit on the amount that you can mismatch. Also, banks will want to lend where they will get the money first because of profitability.

“So, with that kind of limitation, they can’t extend a lot of money to housing. Becaue housing in nature is basically long-term investment. “

KMRC will lend to primary mortgage lenders long-term and they can match their long-term funds with the long-term investment in housing.

He noted that the longer the financing you have, the more affordable it is.

“You stretch the loan longer term, a lot of people will be able to qualify.”

Besides stretching tenor, KMRC also intends to lower interest rates which is the other main cause of expensive houses in Kenya.

KMRC will offer concessional financing to banks. So far Sh35 billion have been raised from the World Bank (Sh25 billion) and African Development Bank (Sh10 billion).

Primary mortgage lenders have made an undertaking that they will not lend at more than nine per cent. But saccos might even lend at lower rates as they are lending to people they know which also means they are likely to incur far less administrative costs.

With the introduction of saccos and microfinance banks into the mortgage space, KMCR hopes that there will be increased competition in a sub-sector that has been dominated by banks.

“If a bank does not appear to be playing ball, then you go to a Sacco. That kind of competition is very good for a customer. It gives you more opportunities and more options,” said Olteita.

KMRC also supporting the Government’s affordable housing agenda. Its focus is to push funding down markets.

Most funding in housing that has been done is in the middle- and upper-income categories.

“There is now a very deliberate move by KMRC to push that funding down market. And that is by creating eligibility for qualifications for affordable housing.”

Elsewhere the threshold is Sh3 million.

All about Rent to Own 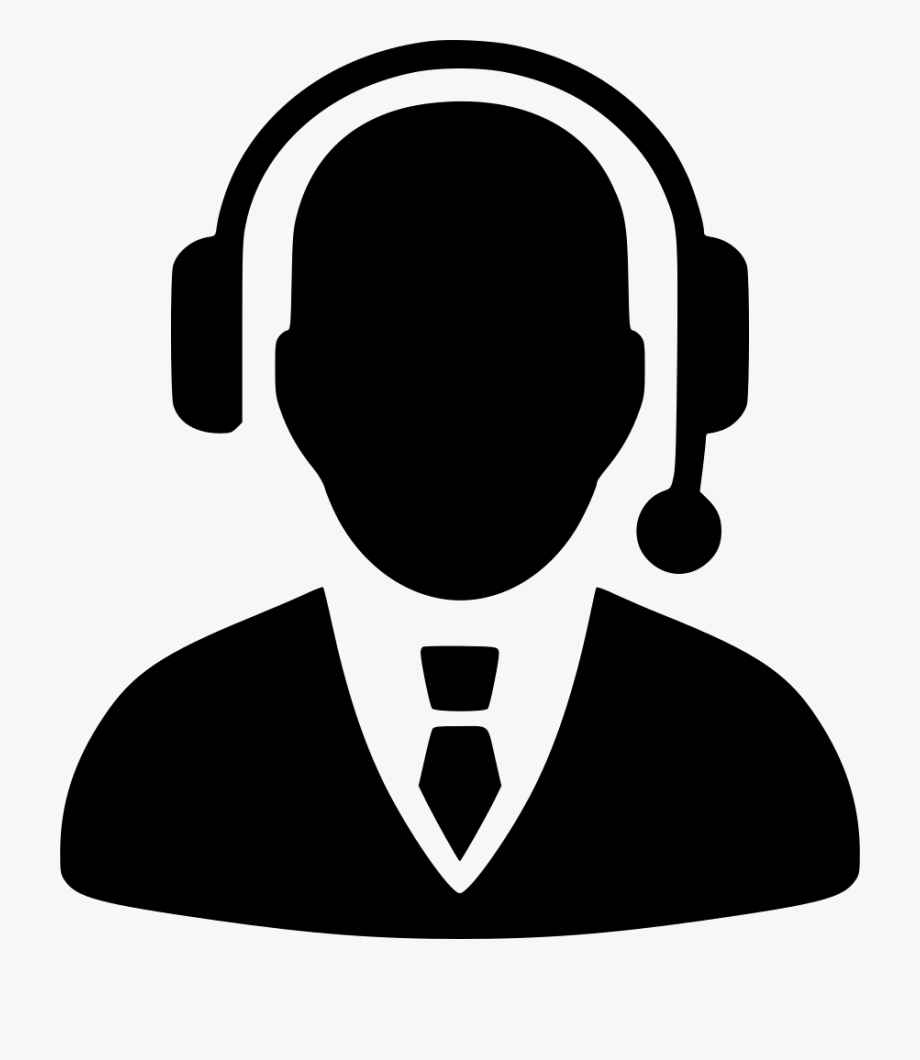 Do you intend to purchase land in Kenya? Here are the most lucrative places in Kenya to buy...
Continue reading
by Mwaura Arthur

Why Ngong is the Best Investment Area

Located in Kajiado, Kenya, Ngong is one of the fastest-growing residential suburbs in the Nairobi...
Continue reading
by Purity Muiruri

Allow your visitor to create listing without registering

Both you and your agents are able to login and submit property listings from the front of your website but Houzez also allows (optionally) to create a listing just entering your email and will be automatically created a new account.

To avoid spam user the account just created have to be confirmed by email. 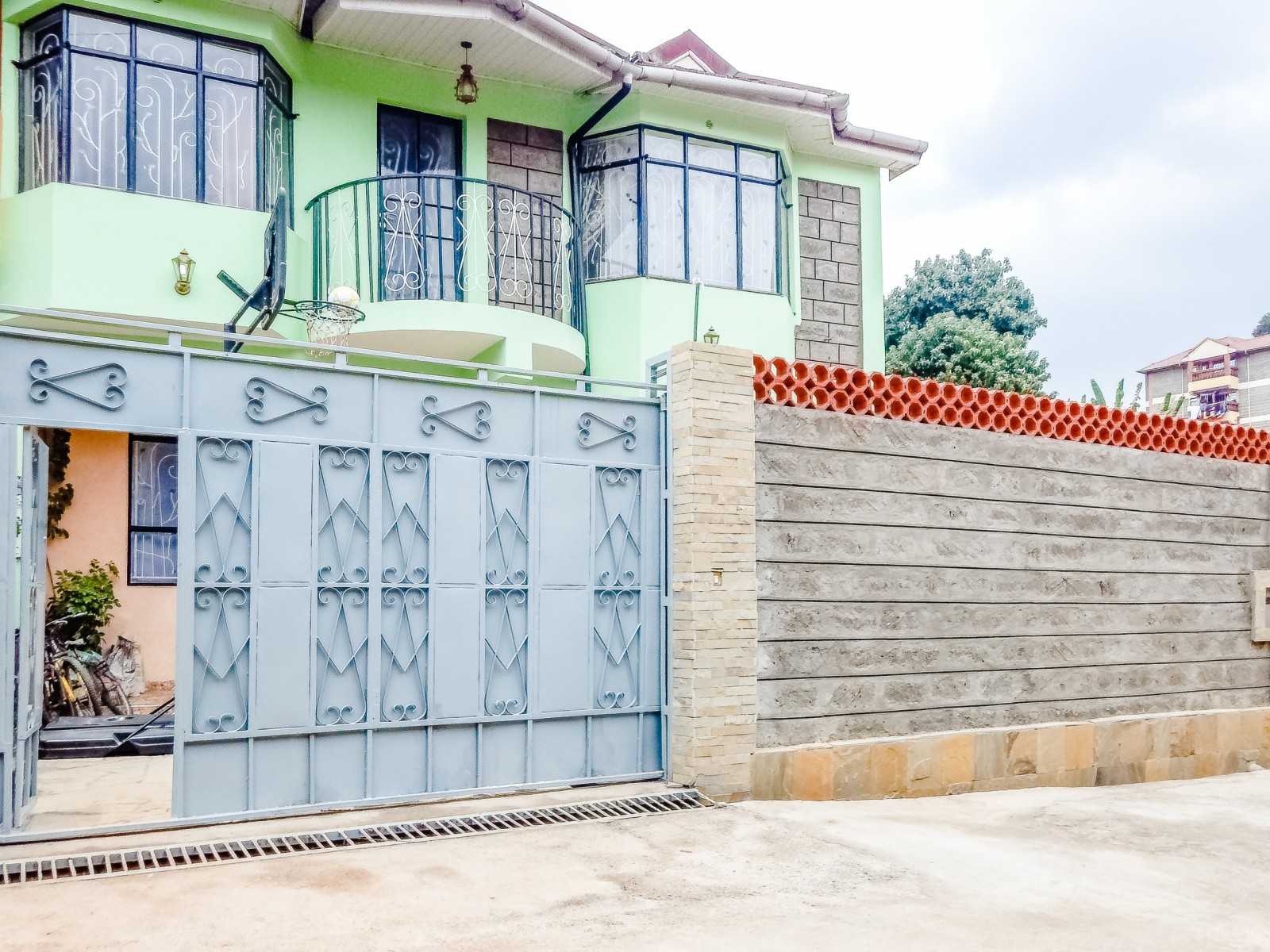 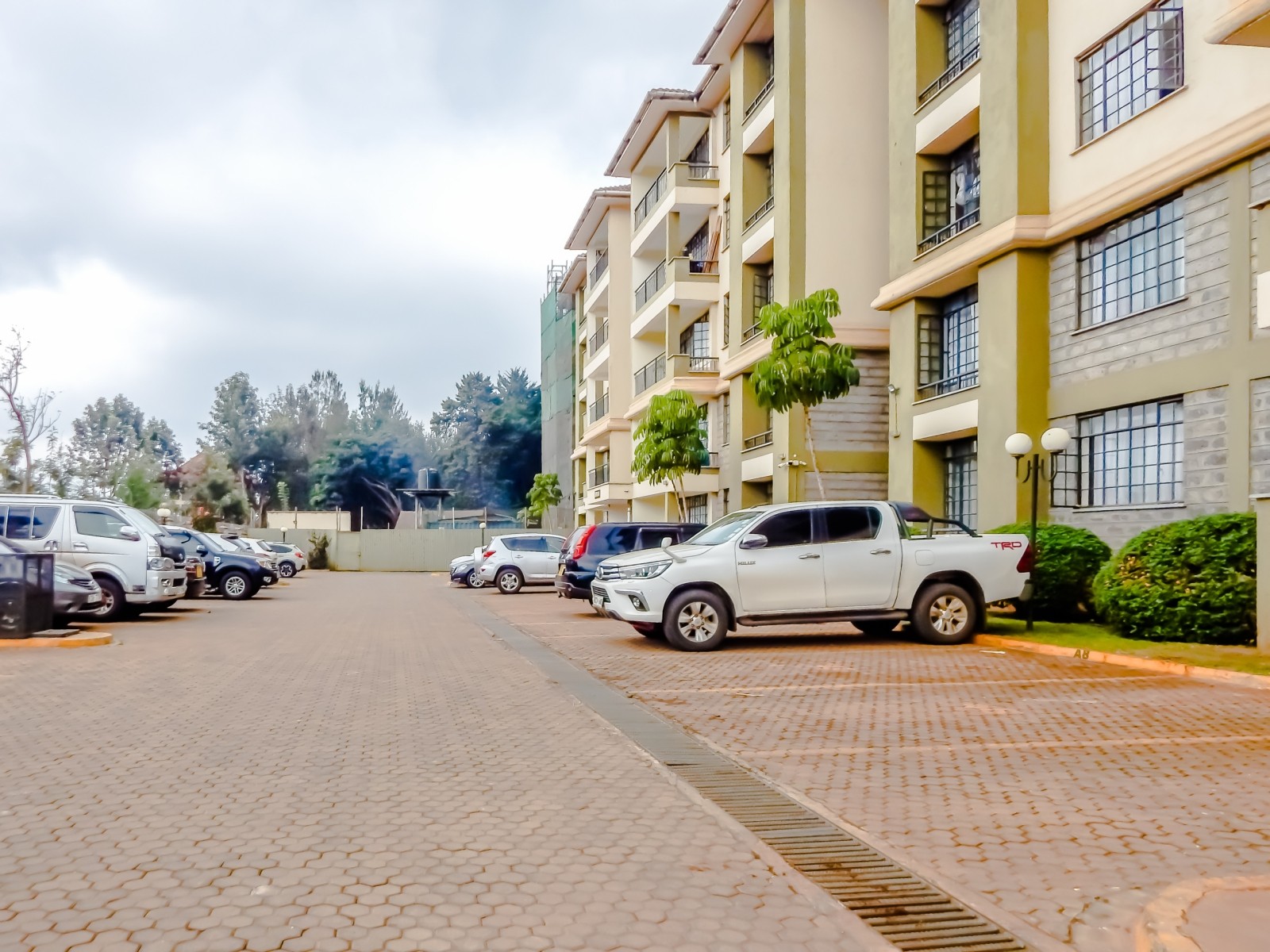 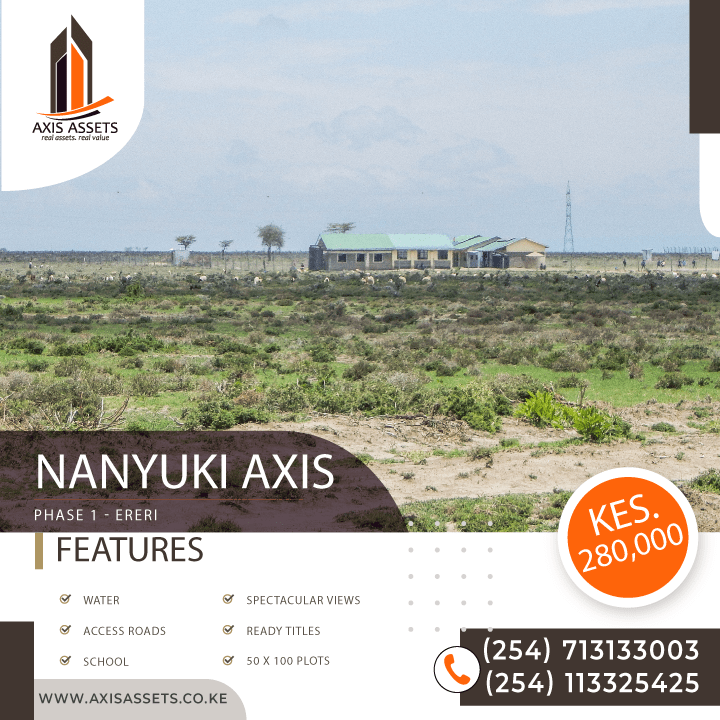 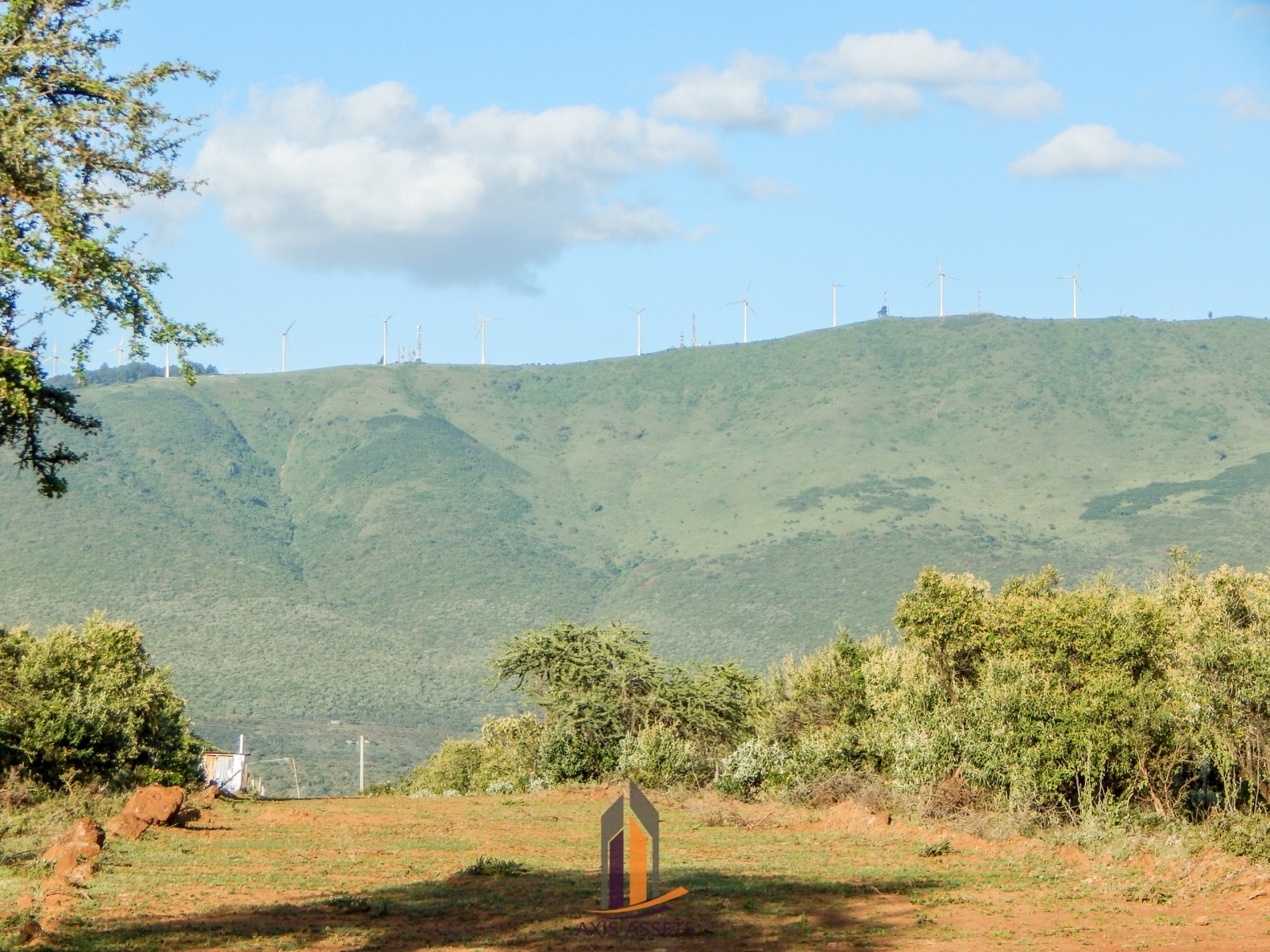 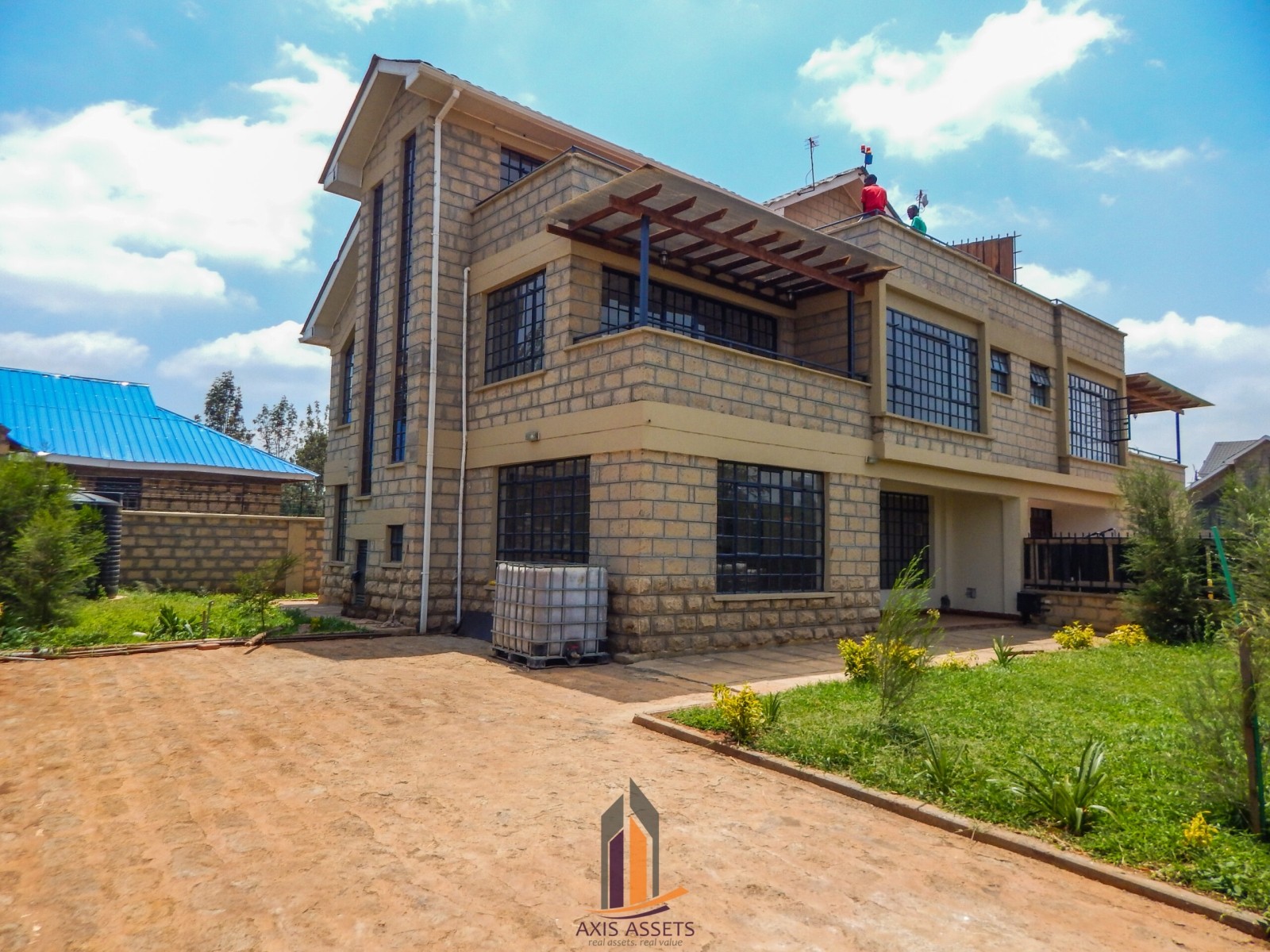 Please enter your username or email address. You will receive a link to create a new password via email.

Any questions related to Why owning a house and renting will cost the same in Nairobi.?